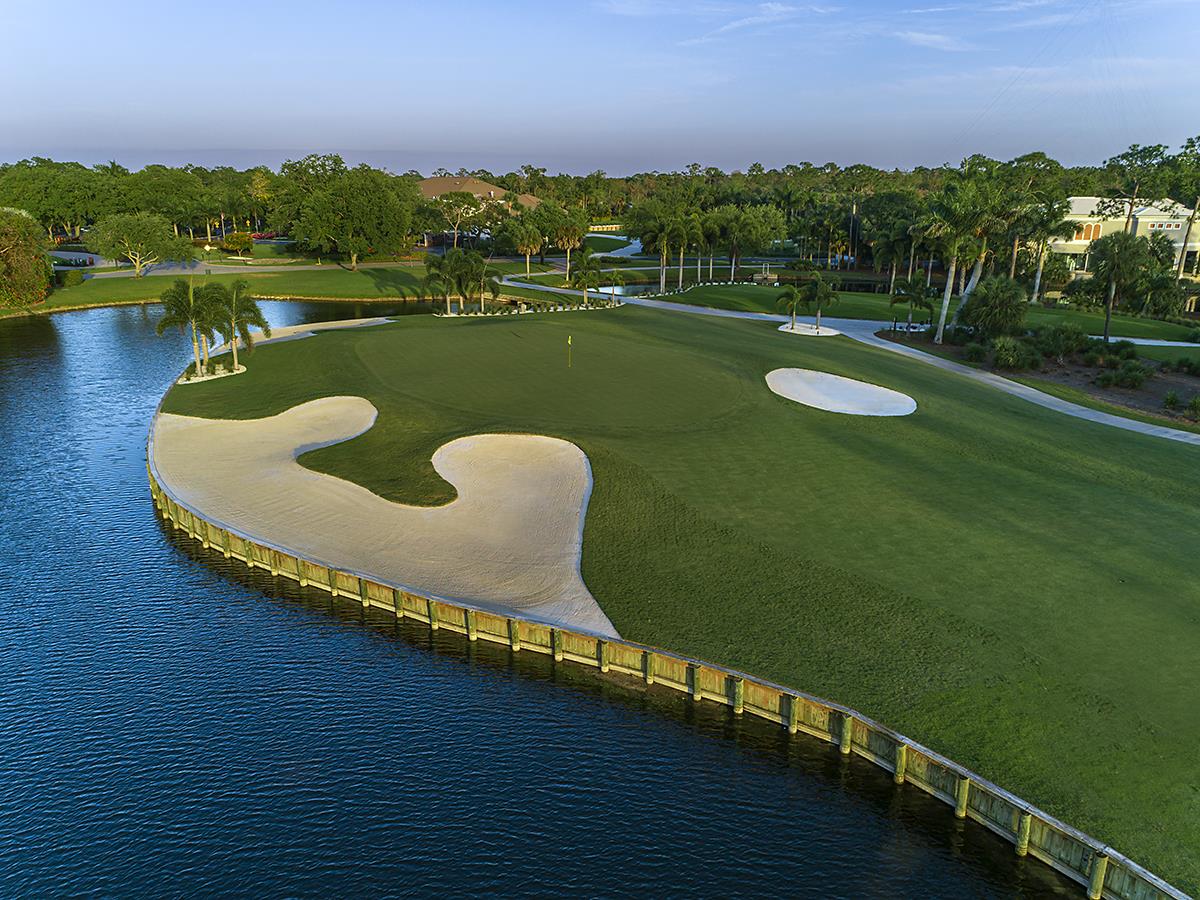 Now celebrating 40 years of excellence, Eagle Creek is proud to have cultivated a long-standing history of comradery and tradition, now welcoming second generations.

In 1980 Kermit Quaintance and his Invesco Company purchased 300 acres of property bordered by US 41 and CR 951. They named the project Shamrock Country Club and began development of the 18-hole championship golf course, with future plans for some 740 dwellings.

In 1982, the project not fully completed, a Chicago based group consisting of Vincent Solano, Jim Hannigan and several investors, purchased the development. They brought in the Packard Design group, specifically Larry Packard, to put his finishing touches to the golf course. In May of 1982, they lured Ken Venturi from Deltona and Marco Island Country Club to bring his expertise to the design of the course. He refined and enhanced the original course design cutting it through deep pine and cypress forests so that it has the look of being here naturally. The project name was then changed to Eagle Creek Golf and Tennis Club.

In May of 1984, a company called Maxxam purchased the complex, and renamed it Eagle Creek Country Club. They created a new company, Eagle Creek Properties, a name still in place today, to handle the development of the property, and reduced the number of anticipated dwellings to less than 400.

In 1985 the opening of the beautifully adorned Clubhouse occurred, and from that point on the project really took off.

In November 1987, a group of Swiss investors purchased Eagle Creek Country Club from Maxxam, and ultimately, on October 1, 1996, the membership bought the facilities of the Club from the Developer, and created a private, Member-owned, equity Club.

Eagle Creek Golf & Country Club, as it is now called, is a small community built in and around a cypress preserve, giving residents a close-up view of nature that cannot be duplicated in any golf course community today. It is a serene, un-crowded, country club community, hidden away between the elegant shops of Naples and the beaches of Marco Island. It is a unique, beautiful village-type setting that many of our members are lucky to call “home.”